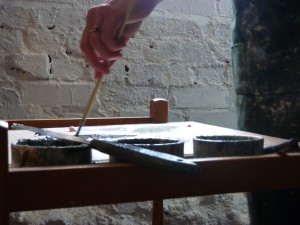 Head Space is a story about an artist based in Oxford who is recovering from brain surgery, and exploring a whole new world around her.

The film was produced by myself, Natascha Mehrabi and Stephanie McClellan in 2013 as part of the MSc in Science Communication at Imperial College, London