Inside John’s freezer – the grand tour

A few weeks ago, curiosity got the better of me. John Hutchinson, professor of evolutionary biomechanics at the Royal Vetinerary College in London, has a personal website called What’s in John’s freezer? A title like that just begs for an answer, and I wanted to provide one.

Without hesitation or thinking of the consequences, I decided to ask him if I could have a look. And he said yes…

So, I went, and had a grand tour of his work. We started in a warehouse lined from wall to wall with freezers. We then went onto the Freezersaurus, a container that had been converted into a giant walk-in freezer, and finally into a gym for the giant animals, where they run tests on the living ones. I recorded the tour so you can go along with me.

For your visual pleasure: here are some photos! 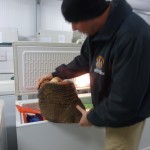 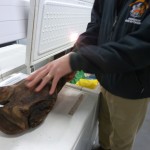 The underside of a rhino’s foot 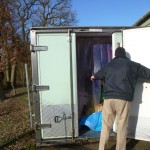 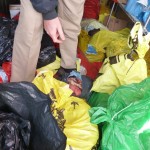 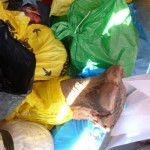 An elephant leg in Freezersaurus 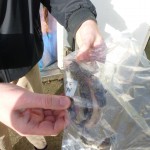 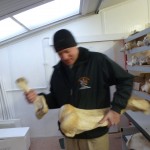 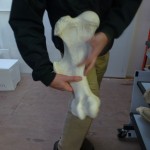 Femur of a fully grown rhino 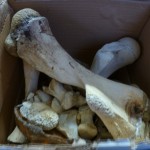 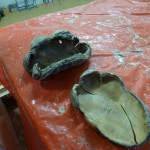 Front and rear feet of an elephant